It’s been a long time since I’ve been excited about an Assassin’s Creed game. Black Flag was the last one that I played and as much as I loved being able to sail the open seas, I became addicted to the PVP area of the game and I stopped playing the storyline. As nerdy as it sounds, I crave PVP in a video game. Ever since World of Warcraft introduced Warsong Gulch and I one-shot killed people as a rogue, I was hooked.

But another thing that kept me playing the Black Flag PVP instead of the storyline was the ability to play a GIRL in PVP. Something so small, but so important to me. I loved gaining levels as a girl and buying new outfits for my character. That’s something that the Black Flag storyline was definitely missing if they wanted to keep me interested.

And an awesome girl, at that. She also has a brother.

Syndicate takes place in London during the Industrial Revolution. You play as Jacob AND Evie. Usually you can pick who you want to play, but there are some missions that only Jacob or Evie can be used for. 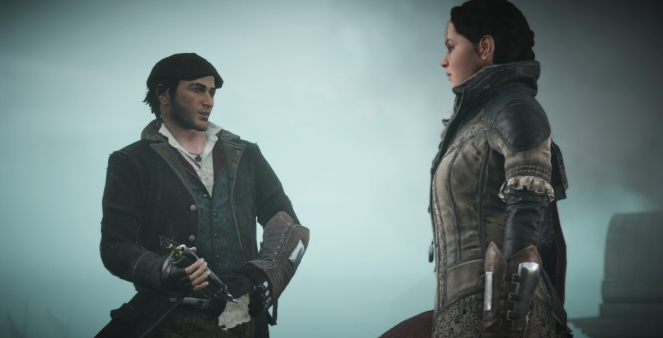 Naturally I chose Evie whenever I was given the option. 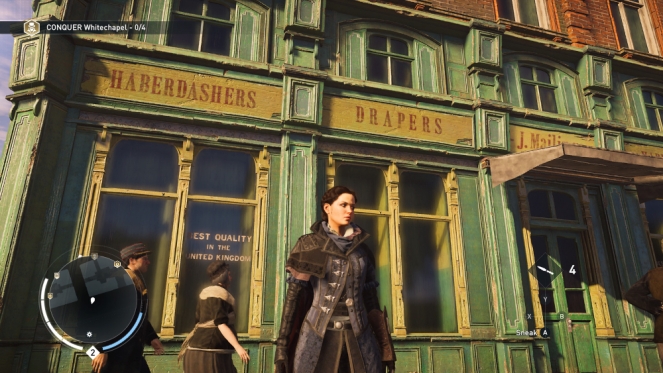 The gameplay is much smoother than older Assassin’s Creed games. Climbing is SO much faster than it used to be. Especially when you’re given a zipline. It’s not even a challenge anymore. Although being under the impression that my climbing knows no bounds does frustrate me when I randomly come across a part of the wall that Evie suddenly won’t be able to climb. I kind of yell at the TV when that happens. But overall I’m really impressed with how much faster the whole process has become. 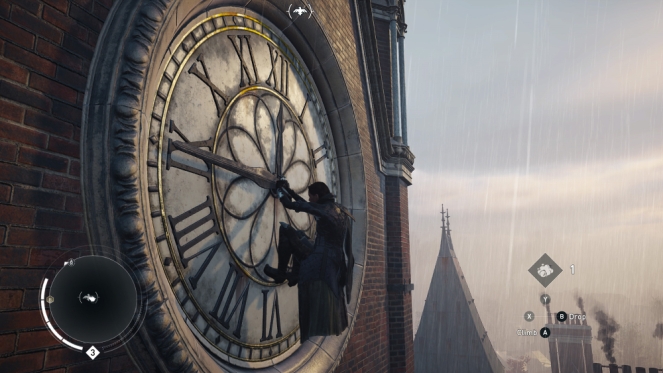 This game reminds me of a cross between Tomb Raider and Fable – two of my favorite games. There’s also a little of a Batman feel to it with the zipline. But my favorite is how it reminds me of Grand Theft Auto, because you can hijack horse-drawn carriages. Yes, you read that right. I laughed so hard at hijacking carriages and running amuck. It was way too much fun. Actually, I can’t drive them very well so any kind of driving was “running amuck.” 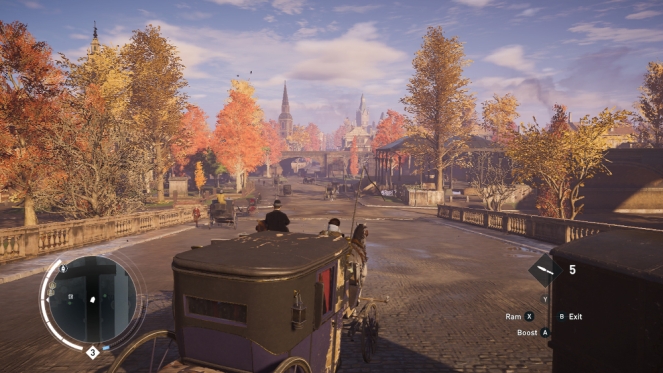 Here I am “driving” a fire truck right over a tree.

And here I am “driving” a bus. Good thing there weren’t any passengers!

The storyline is also quite interesting. I won’t spoil it, but the twins definitely do not see eye-to-eye on what’s important to focus on. Jacob wants to focus on taking out the Templars, while Evie is thinking on a much grander scale. I haven’t finished the game yet, so I’m curious to see how the twins butting heads affects the storyline. But so far my favorite quests to do are ones for Alexander Graham Bell.

And the graphics! I can’t get enough of the graphics in this game. Every time I log in to play, something beautiful is happening with the scenery. It takes place in London, so yes there is some rain and fog, but there are also some gorgeously clear days. I’m never disappointed by the view whenever I climb up to a viewpoint. 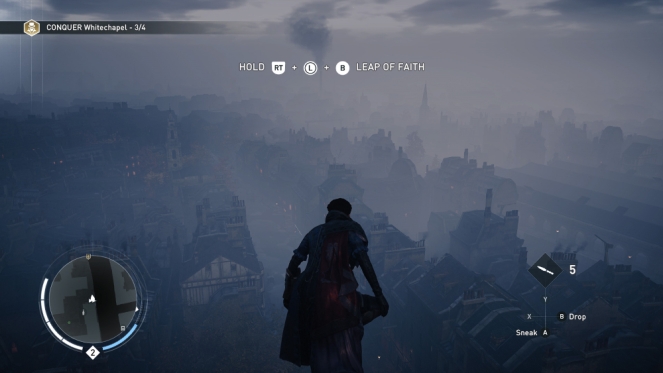 The outfits are a really fun part of this game as well. The first thing I did when I began to play was buy a map to show me where the Pressed Flowers were located. The more of those that I find, the more colors unlock for my outfits. This color is definitely my favorite so far:

Also I just downloaded this Steampunk outfit for Evie on the Xbox One for free. It has little electric currents flowing through it and it’s striped! So I’m really excited about that.

I love seeing the random fashionistas walking around in the city.

And yes, Jacob’s outfits with a top hat are awesome as well.

Truth be told this game has me hooked. It doesn’t have PVP, but I’ll keep playing because I’m curious about the storyline and I really love the characters. I can’t wait to see what happens next. And I suggest you guys pick this one up too if you haven’t already!

Assassin’s Creed syndicate is available on the Xbox One, PS4, and the PC.
Visit the official site by clicking here.