This was our second year to visit the pumpkin patch. You can see my outfit post from our first trip to the pumpkin patch by clicking here. Last year we let Shade pick out a pumpkin because she was dying to see one decay (thank you, Sid the Science kid.) But this year we each picked out our own pumpkin. I found it really interesting to see how the kids chose their pumpkins. Maybe it’s the Psychology major in me, but I started to wonder if their choice for pumpkins was a demonstration for how they’ll choose their spouses later on in life.

Shade ran for pretty much the first pumpkin she saw. She picked it up and declared it to be the winner of her heart and everything else in the world. I mean, she didn’t even CONSIDER another pumpkin. 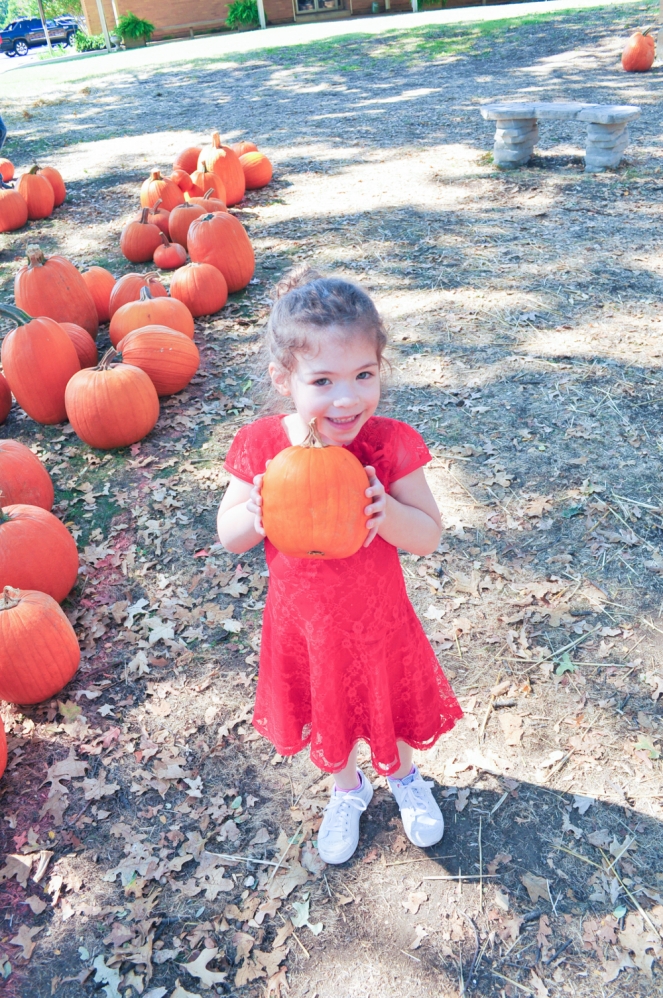 (Pumpkin already chosen and Jeremy and Atlas are just walking into the pumpkin patch.)

Atlas, on the other hand, found a pumpkin that was perfectly acceptable. He seemed pretty proud of it until he spotted one sitting in the grass all by itself. It was out of line with the other pumpkins and I guess that made it appealing to him? I assume someone picked it up and placed it there all willy-nilly because…well, reasons. But Atlas was drawn to it like a moth to a flame. So he promptly abandoned his first choice and went after the lonesome pumpkin. Years later when I review this blog post and realize that this is EXACTLY how my kids chose their spouses, I’ll probably feel really sorry for whomever that first pumpkin is that he chose to abandon. Unless she was a jerk to him. In which case, good riddance. 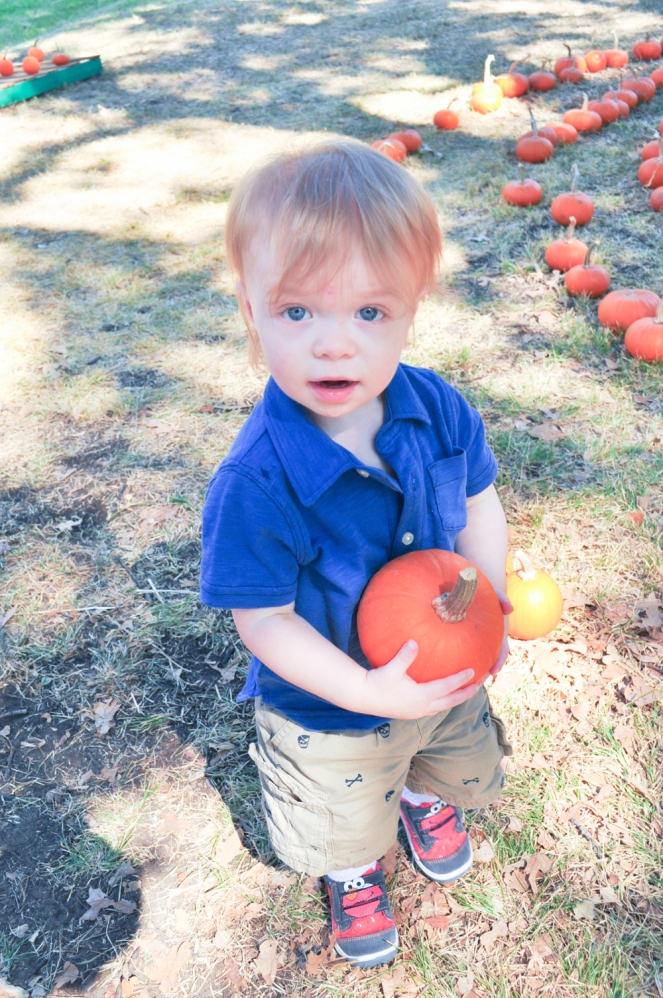 (Notice the first-chosen-and-then-abandoned pumpkin in the background.)

And Jeremy chose probably the biggest pumpkin he could carry so that he could carve it. (Is that how he chose me? Kidding.) 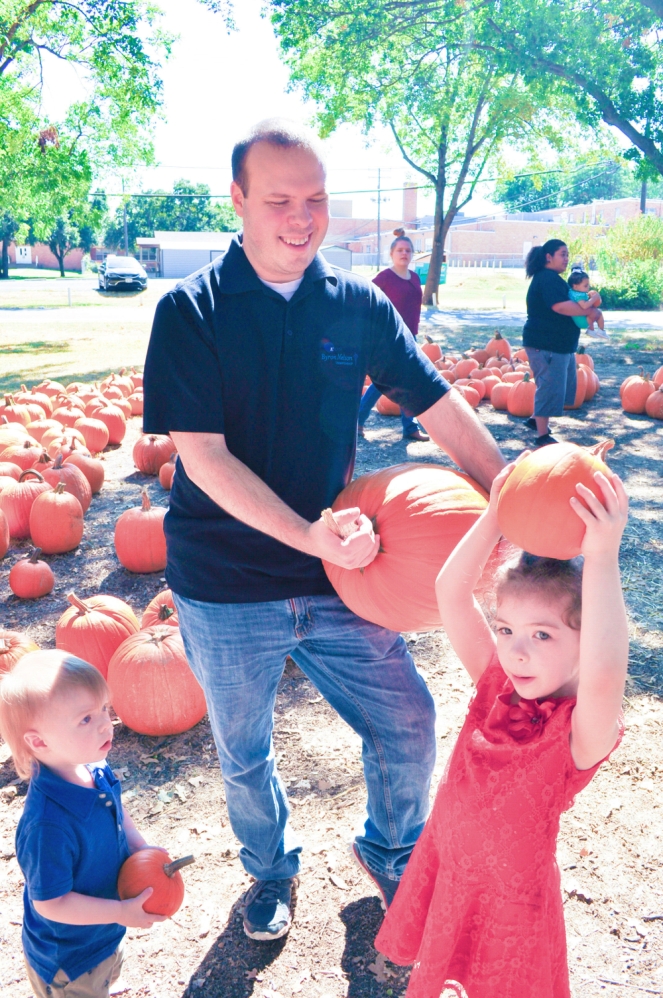 And carve it, he did! He did such an awesome job for his first time to carve a pumpkin. I’ve never carved one. It seemed tough to do. All I did was forget to take a picture until after it’d been raining for two days. Sorry Jeremy! 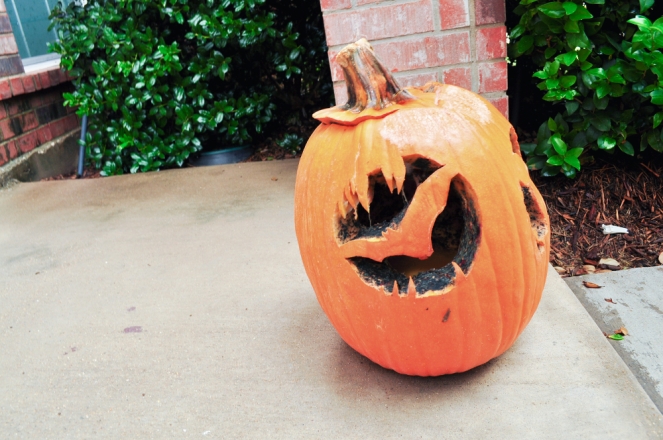 (The cat was for Shade and the bat was for Atlas.)

And then Jeremy did this amazing thing that caused me and the kids to toss him into the air over and over while singing FOR HE’S A JOLLY GOOD FELLOW. He cooked the pumpkin seeds. They were delicious.

Here’s the recipe:
Season them with…
– 3 Tbsp of Worcestershire Sauce
– 1 tsp of garlic powder
– 1 Tbsp of A1
– 1 Tbsp of olive oil
– sprinkle some salt and pepper
Cook at 275 degrees for 60 minutes. Stir frequently.

YOU’RE WELCOME. We finished them off and I already miss them.

Hope everyone is having a lovely week!