Halloween is just weeks away! Have you guys chosen costumes for yourselves or your little ones yet? I thought it would be fun to do a round-up of my children’s past Halloween costumes. Maybe it’ll give you guys some inspiration for your own…or talk you out of a costume you were thinking of. Either way!

She was an EWOK. Yes, you read that right. She was Wicket. I really had no intention of dressing Shade up for her first Halloween. I wasn’t sure how big of a deal Halloween would be to our little family. I mean, I wasn’t used to buying costumes and Jeremy is so laid back that he would’ve been fine with us just staying home and not doing anything. To be honest, we DIDN’T do anything for Shade’s first Halloween. We thought she was too small to enjoy it. But I did cave in and buy her this amazing Ewok costume because I loved it and her middle name (Eisley) is from Star Wars. So we dressed her up and took some pictures. But she quickly learned how to take the hood off and there went the fun of the costume! I mean, without the hood she was basically just a bear. 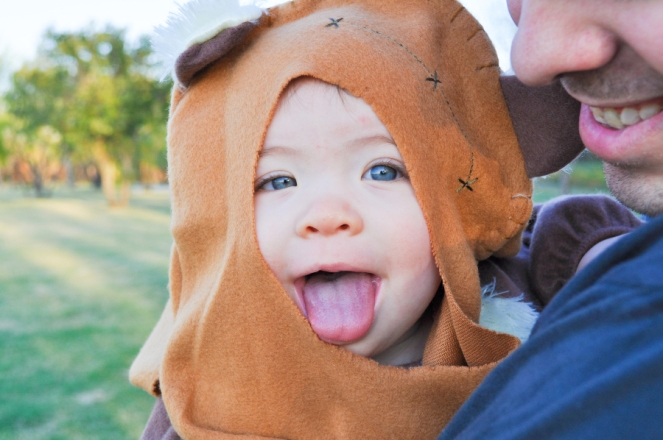 A girly pirate. I’m not even sure how we settled on the pirate costume. Maybe it was when she was heavily into Jake the Pirate? I’m not sure. But she was adorable in it. Unfortunately she was all about staying on the move so mommy couldn’t get a smiling and non-blurry picture of her. Check out those Minnie Mouse shoes!

At this point her costume of choice was just whatever movie she was currently obsessed with. So Rapunzel it was! Even though her hair is brown and curly, not blonde, straight and super long. But she was still the cutest Rapunzel around. I even found a little coin purse shaped like Pascal for her to carry with her. She loved it.

Sheriff Callie. So here’s the thing. I was having a hard time coming up with a costume for her that year. She kept wanting to be “Daniel Tiger’s Mommy” and I was lost as to how to achieve that idea. (I considered buying a Daniel Tiger costume and sticking a dress on over it…) So Jeremy and I made a trip to Toys ‘R Us and saw this beauty sitting there (not with the other costumes, go figure) and I found the pink boots at Target. So…yep. And yes I know that Sheriff Callie has a brown vest and not a pink one, but it’s close enough. And she was thrilled. We did have to buy her a different badge because she totally lost the one that it came with. 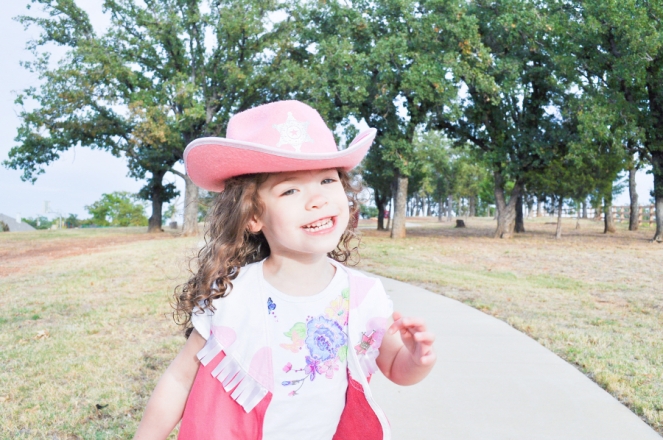 BATMAN. He had no choice on this one. Poor guy. Of course now he loves Batman, but back then I’m sure he had no clue what was going on and why we were dressing him in this ridiculous costume. And just like with Shade’s costume, I chose Batman for him because of his middle name, Arkham. But I’ll write more about their full names later. Maybe he had an idea of who he was dressed up as since he threw a punch at the camera (or at me…) in the last picture.

Jack Skellington. I had to do it. I was so worried that the costume would be too small on him. But COME ON. I had to try. The Nightmare Before Christmas has always been a favorite of mine and Atlas was almost as bald as Jack. I’m still really happy about this decision. He didn’t know who Jack was at the time, but he definitely loves him now. Shade loved it too. And now she’s VERY upset that he can’t fit into his costume anymore. And he was wearing his awesome R2-D2 shoes! 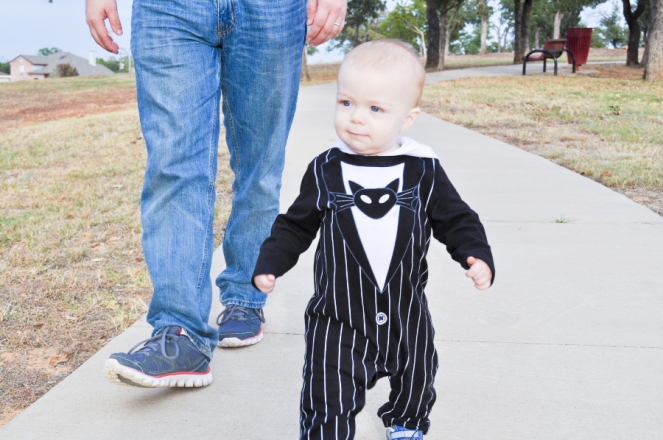 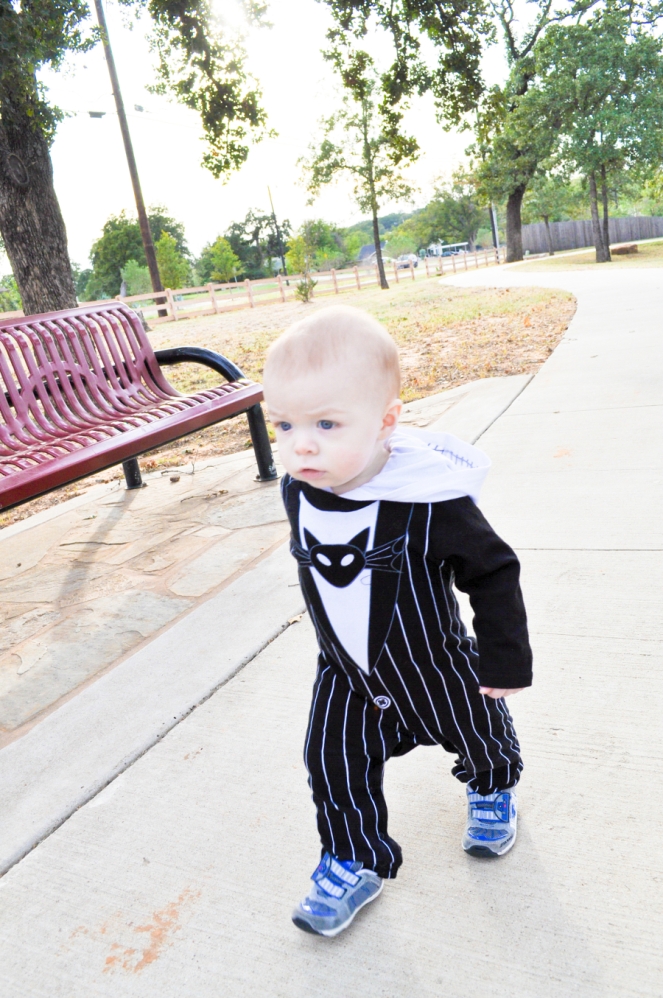 It’s a lot of fun to pick costumes for my kids, but it’s even more fun now that they’re getting older and actually have an opinion. I can’t wait to share with you guys what costumes they chose for this year!

8 thoughts on “Past Halloween Fun”